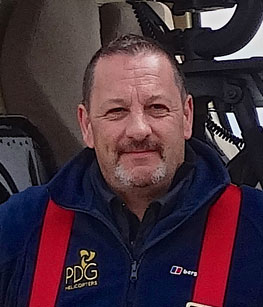 Mike joined PLM Helicopters back in 1989 as a member of the ground crew and quickly developed an incredible knowledge of working safely in and around helicopters on all kinds of tasks. Mike has always had a passion for photography so when presented with the opportunity to join the PDG camera system department in 2004 he began ‘learning the ropes’ and acquiring the knowledge and skills to become an aerial camera operator for various types of survey before moving onto broadcast work.

Mike is a trained operator/technician for Cineflex, GSS and Flir camera systems. 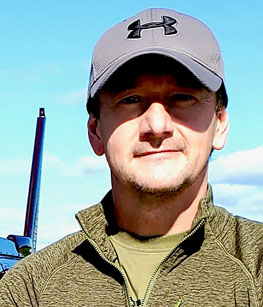 Pete started operating cameras back in 1994 working in live events, covering conferences, shows and corporate events. After gaining his helicopter pilots license (PPLH) in 1999 he was given the opportunity to operate a gyro-stabilised aerial camera system which, he’s developed into a successful career.

23 years on, Pete has accrued an impressive list of credits as an Aerial Cinematographer operating many types of gyro stabilised camera systems and mounts on movies, commercials, dramas, documentaries, natural history, live broadcast, music videos and much more.

As well as being head of filming at PDG Aviation Services, Pete is an experienced, factory trained camera system technician for Shotover F1/M1 and GSS aerial camera systems. 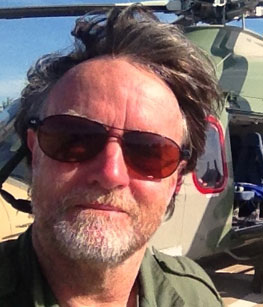 David is a Bafta and Emmy award winning DoP/cinematographer for drama, documentaries and commercials. Co-founder of Wildcat Films, one of the UK’s longest established independent drama, documentary and corporate production company. Production experience in over 90 countries and with specialist experience in aerial filming, drones, remote areas, war zones and polar regions. Able to work as a main unit DoP or Director/DoP on 2nd Unit. Conversant with most digital cameras, as well as Da Vinci Resolve, FC Pro, Adobe After Effects, & Avid. Own Arri Alexa camera, lenses, grip, etc.
Occasional broadcaster for BBC’s “From Our Own Correspondent”. Also available for lectures on filming across the globe from wars to wildlife. Delivered the Scott Polar Research Institute Centenary Lecture. 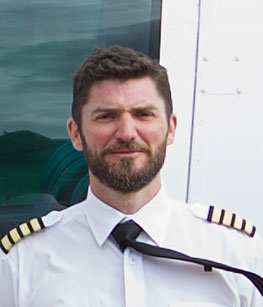 Clark has been flying in the civil sector since 1999 and to date has flown 6000 hours on twelve different helicopter types.

His flying career has seen him flying in Europe, the Caribbean and the Himalayas. The last ten years have been spent with PDG operating across the British Isles in a variety of roles but it is in the aerial filming tasks that he finds the most satisfaction.

Notable jobs include covering cycling’s Giro D’Italia ‘Gran Fondo’ through Northern Ireland and the Republic of Ireland in 2014. “Getting to film the sprint to the line in the center of Dublin was a real privilege, pressured but very satisfying to do” Clark said. The filming of a Royal Navy nuclear submarine of the Scottish coast was also one to remember. “Been allowed that close to such a vessel was great, they weren’t going to wait for us though! We had to get our shots first time”.

Clark has also worked on various TV, film and music video productions working closely with the producers and directors to achieve their goals, from logistically setting up the site to capturing the shot they want.

Clark is PDG’s Chief Training Captain and is current on the AS350, AS355 series and the AS365 Dauphin aircraft. He has worked with various camera systems from Tyler side mounts right through to the latest Shotover gyro-stabilised systems. 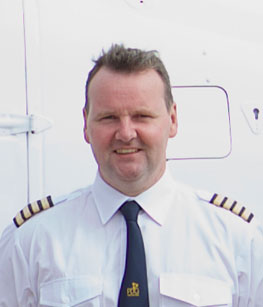 David began his flying career as a British Army door-gunner in the mighty Westland Lynx, serving several tours overseas and in Northern Ireland before applying for and being selected for flight training in 2001.

He flew single and multi-engine helicopters in the Security and Utility roles in various theaters by day, night and on NVG before leaving the Army in 2007 to join PDG. 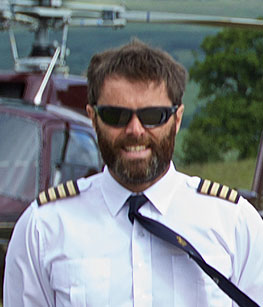 John is also known as the`Flying Farmer`and has over 9000 hours of single and twin turbine hours including a UK instrument rating.
Prior to joining PDG he flew single and twin engine helicopters for the British Army and Canadian Airforce-day, night and NVG.
John joined PDG in 2003 flying the AS 350 series helicopters and began filming with PDG’s range of gyro-stabilised camera systems.

John’s flown all kinds of different camera systems, from Tyler side mounts with doors removed to the latest Shotover gyro-stabilised systems for movie productions.

John has an impeccable flight safety record and is a Line Training Captain at PDG and is current on AS350, AS 355 F1/F2/N, AS365 helicopters.
Johns filming credits are well over 200productions since 2003 and cover TV shows, sports, live broadcast, dramas, commercials and movies.
Camera systems flown include: Hand-held, Tyler Mount, Gyron HD, Cineflex V14, Shotover F1/K1, Super G2 and Pictorvision Eclipse. 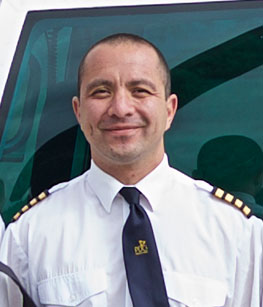